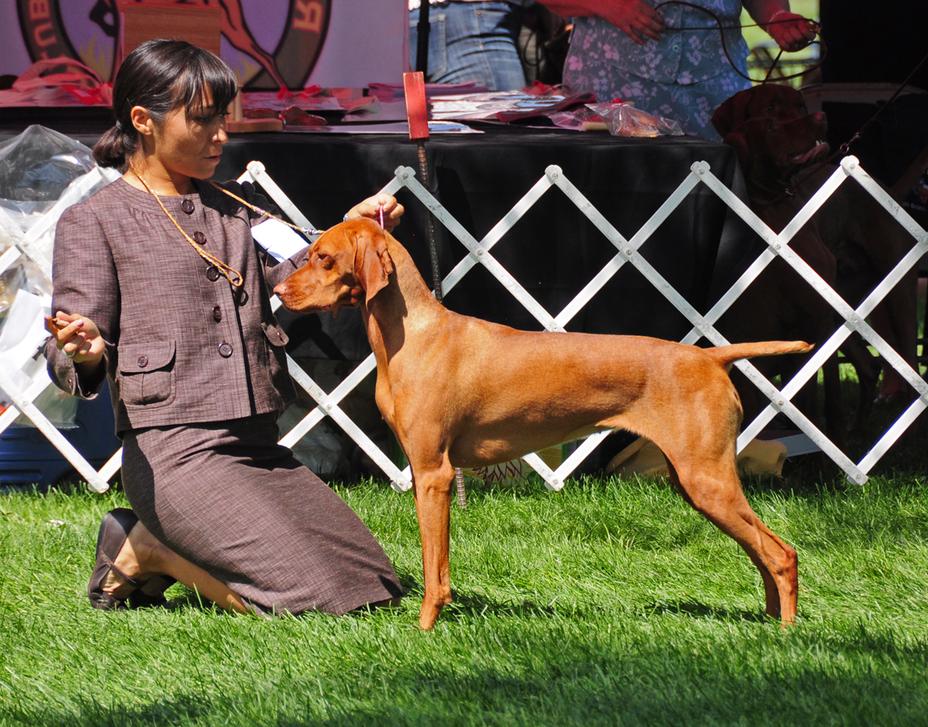 Crush, aka "Crush Puppy", is so full of personality and love you can’t help but laugh and smile when in her presence.  Though she was 4 years old in January 2014, she never outgrew her “Crush Puppy” nickname because she remains puppy-like in so many ways.  It seems she always has a smile and will go into a full body-wag with the lightest of praise.  Crush’s sweetness is so soothing to the human soul.  And, she’s a pretty good little bird dog too!  She’s a natural retriever with a great nose.  She naturally honored from a young age and her desire to please made her field training easy and fun.  She was green-broke at 3.5 years over the course of 4 days.  With minimal follow-up work she tested in Master Hunter 4 months after and passed 2 of the 3 tests she was entered in (one with all but one 10!).  The following Spring, after whelping her first litter and again, with minimal “tune-ups” she ran in 2 Master Hunter tests and qualified in both leaving her with 2 more passes to pick up for her Master Hunter (MH) title.

Winning records aside, Crush’s most precious attribute is her adoration of humans.  It seems she was born to live among and love humans.  From a weeks-old puppy still in the whelping box to a fully-matured (well, physically anyway) Vizsla, Crush has never lost her love of humans or her sweetness.  And, we know she never will.  Bonus?  It seems she passes this sweetness on to her pups!